How I Live Now

A film based on the best selling book of the same name by Meg Rossoff. Fifteen year old Elizabeth’s New York family are fed up and tired of her self-inflicted starvation and distaste of her step mother. So Daisy, as she prefers to be known, is sent by her father and stepmother to live with her cousins Osbert, Isaac, Edmond and Piper, and her Aunt Penn, in England. Soon she realizes that her cousins are some of the most intriguing, special people she has ever met, and strikes up a strong bond with all of them, especially the semi-telepathic, precocious Edmond. Daisy quickly adapts to the English countryside lifestyle and begins to feel at home for the first time in her life, and barely notices the whispers about war that begin to circulate, until Aunt Penn is sent away to aid the Peace Process. With the departure and subsequent death of Aunt Penn, and no adults left to supervise the children, Daisy and Edmond’s relationship soon blossoms into something that is a little more than cousinly love. However, her new found idyllic life in the country is soon shattered by the advance of the Third World War, and she and Piper are sent away from Edmond, Isaac and Osbert. Surrounded by enemies during the futuristic “occupation”, Daisy must find a way to reunite the family through all the bloodshed before their lives are ruined by the separation and the horrors of the war.

“It’s like I said all that time ago, if the world doesn’t end I wanna be here at home, with you. And that’s how I live now.” – Daisy

“Before the war I used my willpower for stupid stuff, like not eating chocolate. I think I thought if I could control myself, then maybe the world around me would start to make sense. I guess I was pretty naive back then.” – Daisy

Film Productions > How I Live Now

Role: Constable Stalker
Status: Post-production
Release: 2022
A desperate Hollywood film producer sets out to turn a popular play into a film. When members of the production are murdered, world-weary Inspector Stoppard and rookie Constable Stalker find themselves in the midst of a puzzling whodunit.
Official Photos IMDB 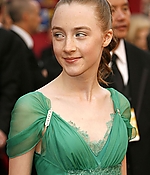 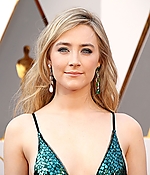 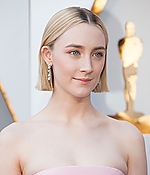 Most users ever online were 143 on December 27, 2021 @ 8:00 pm.
Photo Archive Hosting over 20,000 photos!
Saoirse Ronan Fan is an unofficial and non-profit fansite dedicated to Saoirse Ronan. I am not associated with Saoirse or her management. All information and material found on this site is for entertainment purposes only. I do not claim ownership over any images or media found at this site. All material is copyright to their respectful owners and no copyright infringement is intended.
This website uses cookies to improve your experience. We'll assume you're ok with this, but you can opt-out if you wish.Accept Read More
Privacy & Cookies Policy

This website uses cookies to improve your experience while you navigate through the website. Out of these, the cookies that are categorized as necessary are stored on your browser as they are essential for the working of basic functionalities of the website. We also use third-party cookies that help us analyze and understand how you use this website. These cookies will be stored in your browser only with your consent. You also have the option to opt-out of these cookies. But opting out of some of these cookies may affect your browsing experience.
Necessary Always Enabled
Necessary cookies are absolutely essential for the website to function properly. This category only includes cookies that ensures basic functionalities and security features of the website. These cookies do not store any personal information.
Non-necessary
Any cookies that may not be particularly necessary for the website to function and is used specifically to collect user personal data via analytics, ads, other embedded contents are termed as non-necessary cookies. It is mandatory to procure user consent prior to running these cookies on your website.
SAVE & ACCEPT